Year 1 learnt all about what it was like to be a child in WWI. They created an acrostic poem about BRAVE Soldiers and designed a soldier's uniform with adjectives of the soldiers 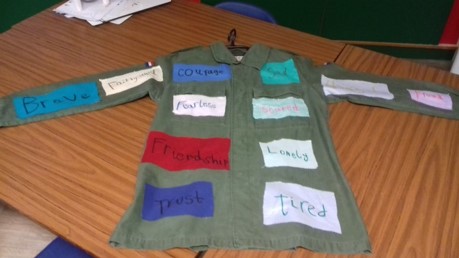 Year 2 children developed their geography skills looking at the countries involved in WW1. They used Green screen technology to make videos as if they were in the trenches. 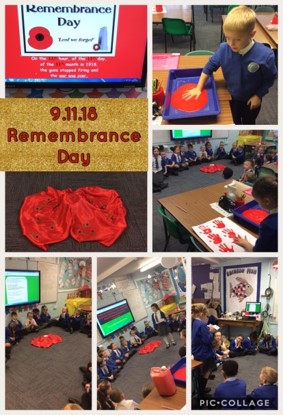 Looked at propaganda posters and produced their own. They reviewed the arguments for and against of joining the army. They looked at the peace treaty and linked this to their RE work on the sacrament of reconciliation. 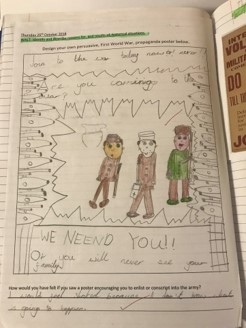 Year 4 learnt about what rationing actually is and why it began. They created government posters to encourage families to save food and cut down including Ration books. Children to perform their dance to visitors and peers focusing upon highlighting the key experiences of a young adult during war times. 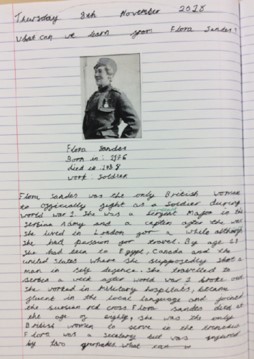 Year 6 looked at how it felt to be a soldier in the trenches.  Children edited and rehearsed performance poetry using their learning from life in the trenches to accurately recall experiences. 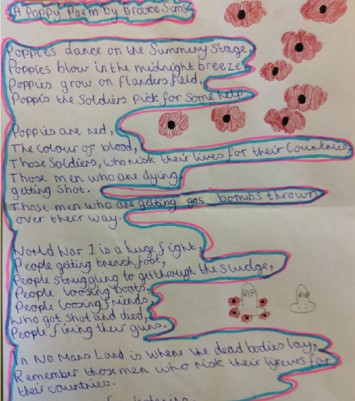